Showing posts from January, 2010
Show all

Just posted over at The Social Lens Sport and Society “Do you know what my favorite part of the game is? The opportunity to play.” That’s a quote made famous by former Chicago Bears linebacker Michael Singletary, current head coach of the San Francisco 49’ers of the National Football League (NFL). Singletary’s quote speaks to the innocence of spontaneity, play, and competition. While we are early in 2010, we have already witnessed major sporting events here in the United States. It has become tradition at the beginning of each year for the college bowl series to kick high in to gear, signifying the end of the college football season and the crowning of the national college football champions. During the first few weeks of January, college football dominates the sports world in the United States. But as soon as that ends, the NFL playoffs and the Super Bowl are front and center. As I write this week’s post, I’m taking in the Winter X Games from Colorado (might I recommend watching
Post a Comment
Read more

Allow me to introduce..the Turtleman

A subculture is a group that exhibits some cultural characteristic that distinguishes them from the mainstream society. Most patterns of the group, and the behaviors of the individual members are consistent with the socially acceptable behaviors. Countercultures vary in that their cultural patterns go against the mainstream norms. Often times countercultures engage in behaviors that are consider illegal. Subcultures and countercultures vary over time. The benchmark of gauging a group as a subculture or counterculture are the norms of the society. At one point in history, a group that is now considered mainstream (for example, Christians) were seen as a counterculture. As values, beliefs and attitudes of individuals in a society change, so do norms. Thus as the rules, guidelines, and expectations for behavior in society change, so then does our definition as to whether a group is considered a subculture or a counterculture. Certainly in the 21st century United States, Christiani
Post a Comment
Read more

Language: from coke to Coke

Just published this blog post over at the Social Lens. http://thesociallens.wordpress.com/2010/01/22/language-from-coke-to-coke/ Language is the fundamental basis for culture. Language allows us to communicate with one another. It allows us to pass on information from generation to generation, whether through cave drawings, folk tales, or textbooks. Language allows us to also glimpse into the culture of the individual. Here are two interesting pics that illustrate the cultural differences of language. ( Source of pic ) In most of Kentucky, we refer to soft drinks as coke. Not the Coke with a capital “C”, but all soft drinks. When we visit a restaurant or head up to the counter at a sporting event, we order coke. Coke, rather coke with a lowercase “c”, applies to all Pepsi, Coke, RC, and generic cola soft drinks. When visiting northern Ohio, Michigan, or even Washington state, we do not understand the snickers and perplexed looks we get from waiters and waitresses when we orde
4 comments
Read more

There is something intriguing to me about the use and message of signs, symbols and physical representation of ideas. I have a tendency to notice bumper stickers, crosses on the sides of the road, messages on signs that go against the norm. I suppose it appeals to me in a “symbolic interactionist” kind of way. What!? Don’t you remember the definition of symbolic interactionism as a major theory in the field of Sociology? Ok ok, I’ll remind you: “a framework for building theory that sees society as the product of the everyday interactions of individuals”. Certainly a big component of our interactions is the play and interplay of our use of symbols. Symbols say something about the type of music we like, the type of clothing we “support”, our favorite race car driver, sports team, and brand of religion we practice. But symbols are not only significant in a material kind of way. They say something deeper about what we think, how we feel, our emotional state. Personal use of symbo
Post a Comment
Read more

A Call for Immediate Disaster Response

- January 16, 2010
The events of the past week in Haiti have been unbelievable. The complete destruction wrought by the earthquake has made an underdeveloped nation rely on far less than nothing. In the wake of Hurricane Katrina, I watched in agony the incredibly slow response of national and international assistance to a human population in need. Many of us throughout the world are witnessing and reliving the agony of a slow response to a human population that is desparate and strugglng to survive. There are two projections that I'd like to call to our attention: 1) the global population is expected to rise from 6.5 billion to near 11 billion in the next 100 years; and, 2) global warming is expected to result in a highe number of catastophic events and with greater intensity and impact. Our state, national, and international responses need significant attention and investment, a new strategic focus is in order to meet the needs of an evergrowing global population that will continue to fall
1 comment
Read more

Just completed a blog post over at the Social Lens. Haiti: poverty and disaster � The Social Lens Email: chad.gesser@ kctcs.edu Disasters, whether man made or natural, have a dramatic, everlasting impact on people and where they live. In the blink of an eye, a disaster turns everyday normalcy into chaos, survival, and despair Not only are property, buildings, and physical structures destroyed during a disaster, but the social relations of the people are too. People are creatures of habit, and when disasters strike, the cultural fabric is ripped apart, leading to panic, hysteria, and organized chaos. The reason that the earthquake in Haiti (January 2010) is particularly significant is due to the lack of infrastructure. As documented in this report by the Pulitzer Center for Crisis Reporting , Haiti appeared to have been making slow, but some progress prior to the earthquake. Haiti is the poorest country in the western hemisphere. This translates into a substandard built
Post a Comment
Read more

A Nation of Hunkered-Down Homebodies - Room for Debate Blog - NYTimes.com

- January 11, 2010
Good take on recent population shifts (or lack thereof) in the US. A Nation of Hunkered-Down Homebodies - Room for Debate Blog - NYTimes.com
Post a Comment
Read more

- January 02, 2010
Greetings with a New Year to colleagues, friends, students, and followers! I was really pleased to look back on 2009 and see that I had indeed increased the amount of blogging for the year. There is no doubt that my Twitter use greatly influenced that change, along with the purchase and robust use of my iPhone. This year, particularly over the course of the next six months, my blogging will continue to increase as I add blogs to six sections of sociology, in addition to a partnership that I have with Pearson Education to blog at The Social Lens . I also am looking at expanding the topics that I cover, and developing a range of content. The content will range in quality as well, as my dive into Twitter has impressed upon me the possibilities with content. Some posts will be more developed, some won't. I continue to work to integrate a variety of services which house my content, and am currently developing a local project which will exhibit that same type of integration. I hope t
Post a Comment
Read more 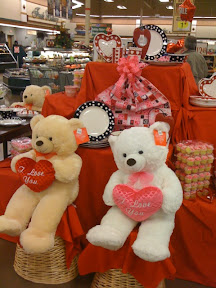